Two teenagers drown in Nallah Madhumati in Bandipora; one dies, another rescued 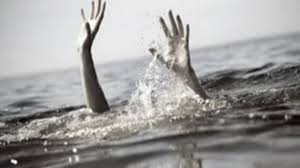 Bandipora, Aug 04: A 15-year-old boy died and another was rescued after they drowned while taking a bath in Nallah-Mudhumati in Kuloosa locality of north Kashmir’s Bandipora district on Tuesday.

An official said that the duo were identified as Sameen Shabir Son of Shabir Ahamad Ganie (15) and Firdous Ahamad (16) both residents of Nowpora.

He said that soon after the incident locals and the police immediately started a rescue operation during which both were evacuated and taken to district hospital Bandipora where doctors declared one of them—Sameen Shabir dead while the condition of the another was stated as stable.

He said that after conducting all legal formalities, the body of the deceased was handed over to his family for last rites.