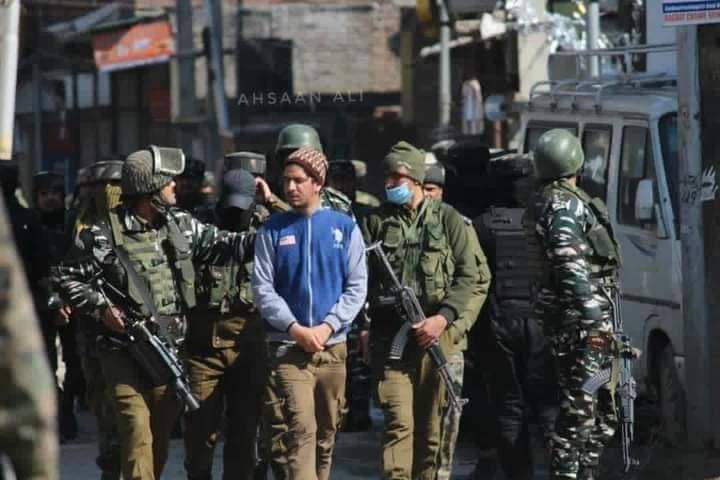 Family vouch for his innocence, IGP says youth not arrested only held for questioning

Srinagar, Feb 19: Police have arrested a suspected youth near the attack site in Baghat Barzulla area of Kashmir capital Srinagar on Friday while the family of youth has vouched for his innocence saying that the youth is suffering from mental illness.

A suspected youth identified as Mudasir Ahmad was held by joint forces during a search operation which was being carried out post Baghat Barzulla attack in which two policemen lost their lives.

Inspector General of Police (IGP), Kashmir Zone, K.Vijay Kumar on the sidelines of a wreath laying ceremony of two slain cops,said that no one has been arrested adding that a suspected youth has been held only for questioning purpose.

Meanwhile, family members of the arrested youth have pleaded for his innocence saying that he is suffering from mental illness from past couple of years.

They said that Mudasir Ahmad, a 12th class student, after having lunch at his home was venturing out when he was arrested adding that he is also a drug addicted.

Family also showed some medical prescriptions as proof that their kin is a mental patient.

They appealed top police officials to intervene into the matter and release their kin as soon as possible. (KDC)