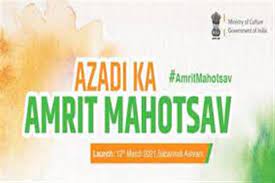 Competition being held to celebrate 75 years of Independence

Srinagar, 02 August:  Six days have remained to apply and make entry for National Anthem Singing Competition-2021, initiated by the Jammu and Kashmir Government under the guidance of Lieutenant Governor, Shri Manoj Sinha, to celebrate 75 years of independence and commemorate it as ‘Azadi Ka Amrut Mahotsav’.

A statement issued to Kashmir News Bureau said that under this initiative, the Government has called upon all the individuals and groups, who are domicile(s) of Union Territory of Jammu and Kashmir, to take part in the national anthem singing competition.

Further, the winners of the competition will get cash awards as well as a chance to sing the National Anthem at their respective district/division level Independence Day, 2021 celebrations.

The government has kept the prize money of Rs 25,000, Rs 11,000 and Rs 5,000 for first, second and third prize winners of the competition respectively.

The district-level winners would compete for division level in the competition while all the participants will  get certificates of participation from the J&K government.

It is once again informed that all the eligible individuals and groups can submit their entries through the  link: https://docs.google.com/forms/d/1WuQ7X1d3bTdzEYU1t3TcTs7hDzqOP-enHZUqc-IET8s/edit?edit_requested=true with a video file (preferably HD) of the National Anthem Singing Competition to be uploaded by 07/08/21. (KNB)