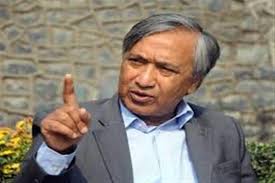 The aim behind the day is to promote linguistic and cultural diversity and multilingualism. Local languages are symbols of a collective identity of any culture or civilization and need to be promoted and preserved at all levels. More than just a means of communication, our mother languages connect us with our heritage and define our socio-cultural identity.

There is a dire need to take concrete measures for promotion and preservation of Kashmiri civilization which can be done by encouraging the Kashmiri language. Similarly, Dogri and Bhoti languages, which are local languages of Jammu and Ladakh respectively, need to be preserved and promoted at all levels.

Mother tongue is the cornerstone of the edifice of identity of any nation. Kashmiri and other local languages are taught in schools for some years, but there is a dearth of staff to teach these languages. The government must give due attention towards this issue.

According to the United Nations, around 43 per cent of the 6,000 languages spoken in the world are at the risk of being eliminated. The UN also says that a language disappears every two weeks, which destroys an entire cultural and intellectual heritage. This shows how important it is to promote the preservation and protection of local languages.(KNS)