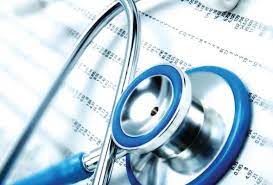 ‘Matter will be looked into and a doctor will be appointed soon; Action will be taken against any unauthorized absentee’ Says Atal Dulloo

Bandipora 10 April: Locals of Nadihal and adjacent villages of Bandipora have been suffering due to unavailability of a medical officer at New Type Primary Health Centre (NTPHC) of the area.

Several residents of the area reached out to the Kashmir News Bureau and said that the unavailability of a doctor at the NTPHC has resulted in lack of proper treatment for the regular as well as emergency patients.

Talking to Kashmir News Bureau, one of the locals alleged that no doctor has been appointed at the health care centre for the past Two years.

He said, “We are living in unprecedented times, a global pandemic and yet here we are, lacking basic support from the health care system.”

“I had heard before that there has never been a doctor available at the health care centre for years, but unfortunately when one of my family members fell ill and I rushed the patient here; it was frustrating cause what I had heard for long came out to be true. No one was there to properly examine the patients,” he added.

“Can you believe it?” he asked, saying that there is only one nurse available at the so-called ‘New Type Primary Health Care Centre’.

Another resident of the area said that people from several nearby villages are dependent on the health care centre.

In February last year, the then Sub-Health Centre Nadihal was upgraded to NTPHC, but the order for appointment of Medical Officer at the Centre came this year and even after that no one joined.

BMO Bandipora Masrat Wani told Kashmir News Bureau that the order for appointment of Medical Officer at the NTPHC came in the month of March 2021.

“An appointment list from the Health Services was issued in the month of March, but unfortunately the Doctor did not join,” Wani said.

When asked about the reason for his failure to join the duty, he said that he has no idea, “he (appointed doctor) did not even visit us once, let alone giving a reason.”

“There are two nurses, a pharmacist and Female Multipurpose Health Care Worker but only the Medical Officer’s post is vacant,” Wani asserted.

Furthermore, he said, “We have intimated the higher authority about the issue and hopefully within a week or 10 days, a positive response is expected.”

Regarding the matter, We tried several times to contact the Director of Health Services, Kashmir, Dr. Mushtaq Ahmad Rather but he did not respond to our calls.

Afterwards, We contacted Finance Commissioner, H&M Director, Atal Dulloo who assured that matter will be looked into and a doctor will be appointed soon.

Action will be taken against any unauthorized absentee, he added. (KNB)