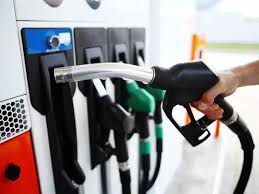 Jammu, June 29: JK Congress today took out protest demonstrations in capital city Jammu and all district’s as part of nationwide Congress protests against unprecedented price hike of petrol diesel and other essential commodities.

Riding on two horse carts, senior leaders accompanied by other leaders and workers held strong protest amidst raising slogans and carrying play cards against price hike of petrol and diesel, the senior leaders and prominent activists held a protest demonstration expressing anger of the people against rising prices.

They raised slogans against Modi govt. for heavily burdening the poor and common man when the prices of crude oil are at lowest sides as compared to UPA government but unprecedented hike in unjustified and should be rolled back.

Later the leaders submitted a memorandum to the president of India through the district magistrate Jammu.