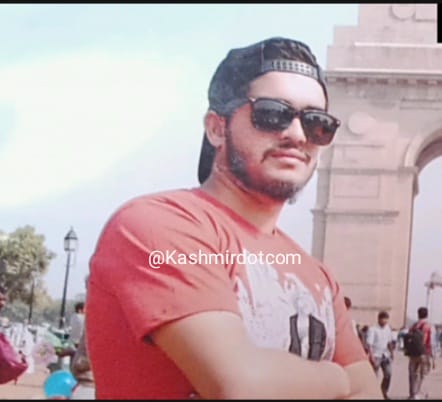 Srinagar, Aug 7: A missing youth from central Kashmir’s Srinagar district has reportedly joined militant ranks.The young boy, identified as Saqib Manzoor Dar son of Muhammad Shafi from Old Barzulla area of Srinagar, went missing on Aug 05. After his disappearance a missing report was lodged at Police Station Sadder, police sources said.On Friday evening, an audio message purportedly of Saqib went viral on social media, which announced his joining into militant ranks. Saqib Manzoor Shafi a 24 years old was perusing graduation from Govt Degree College Bemina, his family member said.In the audio message Saqib Manzoor can be heard saying his parents “Not to search him as he has chosen the way of Allah and is safe.” A police official said that they are verifying the authenticity of the audio.It is pertinent to mention that Saqib’s Joining came after IG Kashmir, said in a tweet that there’s no individual from Srinagar active in any militant group now.(KDC)