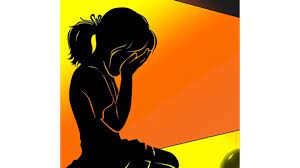 Srinagar, Jun 18 (KNO): The Jammu and Kashmir police on Friday said that they have arrested an accused person for allegedly sexually harassing a minor girl in Nowgam area of Srinagar.

A police official told the news agency—Kashmir News Observer (KNO) that one person from Shalina area approached Nowgam police station with a written complaint that his 9-year-old daughter was sexually harassed by one Adil Ali Ganai of Shalina.

He said that taking cognisance of the matter police arrested the accused person immediately.

The official said that police have initiated investigation into the matter and were ascertaining the facts.

He said that a case FIR No. 71 under section 342, 376 IPC, 06 POSCO ACT has been registered in this regards at police station Nowgam—(KNO)