LAWDA yet to relieve Draftsman transferred 5 months ago 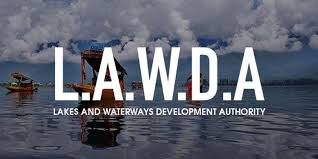 Srinagar, Oct 17: Lakes and Waterways Development Authority (LAWDA) is reluctant to relieve a Draftsman despite being transferred five months ago.

Public Health Engineering Department transferred 8 employees posted in LAWDA in May this year vide order number 125 (JK) JSD dated 2020. All these employees who were transferred were posted as Head Draftsman and Draftsman.

Out of 8 transferred employees, all except one were relieved. The reason behind retaining the Draftsman Ishfaq Ahmed Bhat is not known.

“We don’t know why he is being retained. The employee from Rural Water Supply has not joined as the authorities are reluctant to relive the said Draftsman,” insiders said.

“This Draftsman has been transferred to Rural Water Supply Ganderbal but till date he has not joined and performing duties at LAWDA in violation of government rules,” they said and sought intervention of higher authorities.