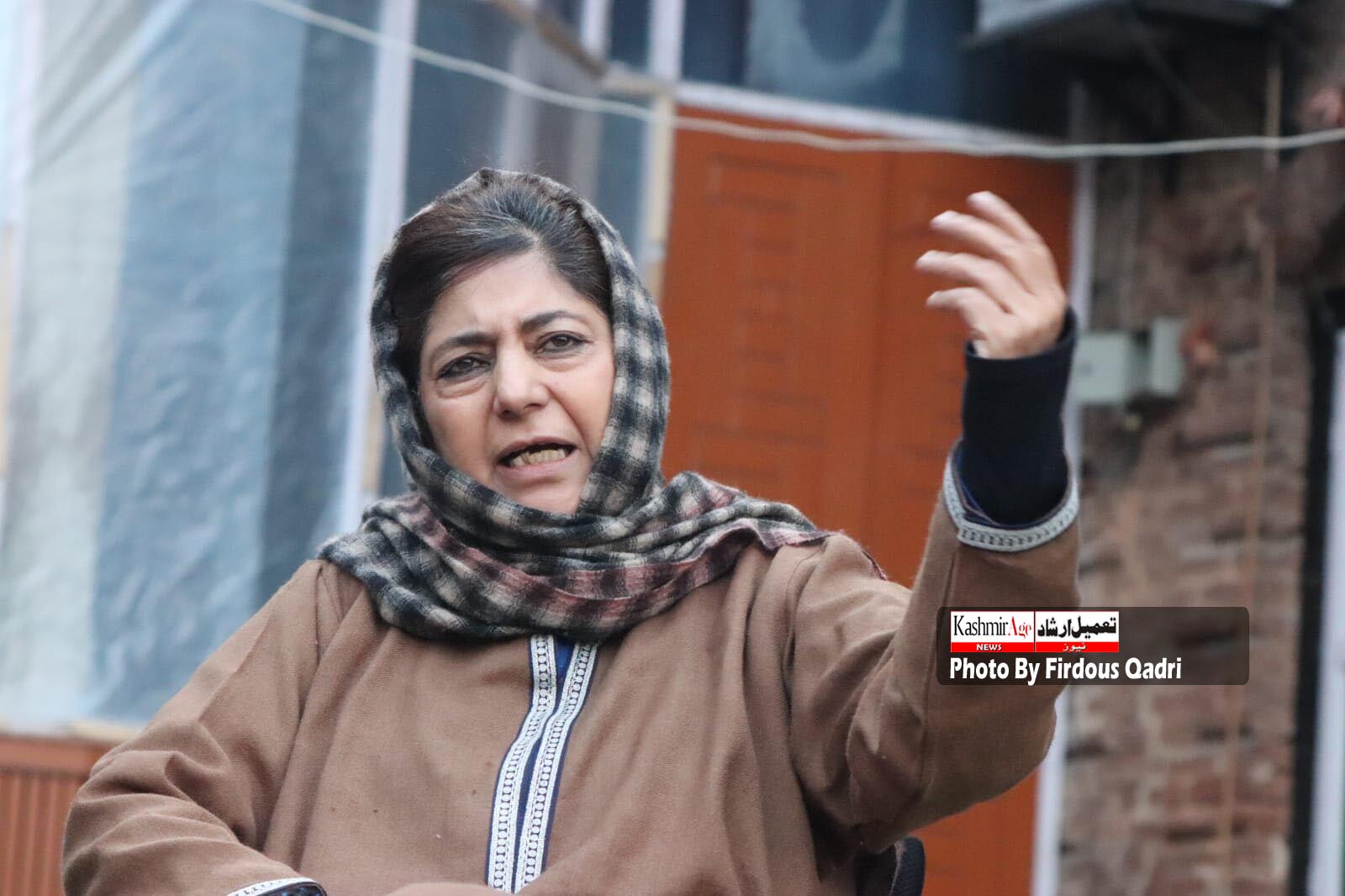 PDP Chief shared a picture of an order issued on 20th of May 2021 by the J&K Govt regarding DSP Davinder Singh’s case–who was arrested while accompanying two Hizbul Mujahideen militants– on Micro Blogging Website Twitter and underlined a sentence from the it, “In the interest of the security of the State, it is not expedient to hold an enquiry in the case of Davinder Singh.”

She tweeted,  “Innocent Kashmiris arrested under anti terror laws rot in jails for years. For them the trial becomes the punishment. But GOI doesn’t want an inquiry against a cop caught red handed with militants.”

“Is it because he colluded with the system to orchestrate certain dodgy incidents?” she asked.

“Kashmiris are considered guilty until proven innocent. Whether for government jobs or even a passport they are subjected to the worst kind of scrutiny,” Mehbooba further tweeted, adding, “But when a policeman is known to have facilitated militants he is let off the hook. The double standards & dirty games are obvious.” (KNB)