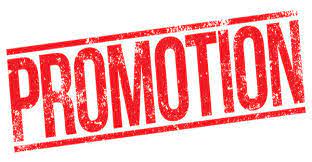 Srinagar 1 May: Jammu and Kashmir Armed Police are being discriminated against on their promotions than to the executive police, who secure higher posts in a walk, said armed police personnel on Saturday. They said that more than 20 years have passed, and nothing is being done for their promotion.

The personnel said that J&K Armed police are 11 battalions, and IRP is 25 battalions, which comprises both a single unit, and faces discrimination over the promotions compared to personnel in executive police for some quite time.

They said that the armed police of batch 1985 are mostly retiring at the post of head constable, whereas the district/executive police of 1995 batch retire at ASI post. “Armed police personnel of 85 batch are stuck at constable positions and executive police personnel, who are 10 years juniors to us of batch 95, are being elevated to the post of ASI.

There are barely some armed policemen from batch 1985 who retire as ASI and if some retire as ASI, he is on the verge of old age, said the armed police personnel, adding, “While the ones from executive police of batch 85 are becoming ASIs in young age and are a decade junior to us.”

They also added that similar is the fate of other batches of Armed police who are going through the same problem.  “We are doing the same duty as done by executive police at present, but why are they (AP/IRP) being discriminated against when it comes to promotion?” they asked.

The aggrieved Armed police also appealed to LG Manoj Sinha and concerned police officials to help them in securing the promotions, which they have been hankering for decades.

Regarding the matter, Additional Director General of Police (ADGP) Armed J&K, A K Choudhary, told the Kashmir News Bureau that he could not do anything about it as the matter is sub-judice. “It is up to the court, and things will follow accordingly,” said Choudhary, adding that further information can be accessed from the details given by the court. (KNB)