J&K administration confined to press releases only, no visible change on ground: NC 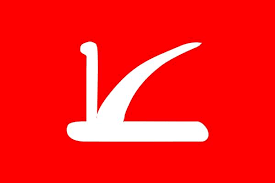 Air dropped bureaucrats have miserably failed to deliver
Srinagar, 17 September: Jammu and Kashmir National Conference on Thursday asserted that J&K continues to suffer for want of effective administration saying the LG led J&K bureaucracy has failed to bring in constructive changes on ground and has confined itself to press releases.
In a statement to KNS, party Spokesperson Imran Nabi Dar said the recent announcement of Back to Village exercise is another eyewash aimed to give the false impression that the government was alive to the difficulties of people. “The previous B2V exercises have failed to deliver on ground in wake of any effective follow-ups. The entire exercise has only disturbed the administration at ground level and has failed to rise up to the expectations of the people. Even the members of the ruling party are decrying the dearth of work for various public works in their Panchayat Halqas. Had the administration been serious then a sincere follow-up would have followed previous B2V programmes,” he said.
“The figures of the previous B2V, far from strengthening grass roots democracy have only added to the chaos on ground. Even the Sarpanchs and Panchs of the ruling party are ruining the unavailability of funds. The problems that the people had brought to officials for redressal have not been redressed; even the MGNREGA payments are pending. So far the entire exercise has remained confined to papers only,” he added.
“Unfortunately government is giving a false impression that it started democratization of grassroots level democracy. It was during the Omar Abdullah led government that the grass roots level democracy was strengthened at all levels. In 2011 the NC led government achieved a great feat in ensuring free, fair and peaceful Panchayat elections which saw a massive participation of people at all levels. On the other hand what the current regime and their erstwhile arrangements have done is a mockery of elections. Nearly 12000 Panchayat Halqas in the valley don’t have anybody to represent them. Number of Panchs and Sarpanchs who were airdropped in Kashmir have no idea about the local topography and issues. It was in our time that the idea of participatory development was visualized by conducting grassroots level elections,” he said.
“What happened to the Rs 80,000 Cr package announced for J&K? Has it reached where it was claimed to go? The answer is No. All this money is being utilized for pending projects of the Union government. There are still many 2014 flood affected families who are yet to be compensated for the losses they suffered. What happened to the Jhelum dredging project which was meant to prevent Kashmir from floods? Which new financial package is this government talking about? At a time when the center is not able to pay J&K’s due share in GST, they are talking about more economical packages here. Since 2018 every new governor is inaugurating the same insurance policy. It shows the level of incompetence and nonchalant attitude of the bureaucrats managing J&K,” he said.
He also said that pursuing a B2V programme at this time will put the wellbeing of people in jeopardy. “At a time when the situation is precarious due to the prevailing COVID-19 crises, we have a government which is going for a mass meeting in wake of the B2V programme. Governments all around the world are going online and here we have a bureaucrat adamant on gathering people,” he said. (KNS)