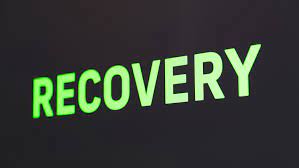 Srinagar 13 September : India saw a decline in novel coronavirus infections as 27,254 new cases were reported across the country in the last 24 hours, according to the Ministry of Health and Family Welfare. With 219 deaths in the same time, Country’s total fatalities due to the deadly virus has reached 4,42,874.

As per the morning update, the active caseload is presently 3, 74, 269 and the active cases presently constitute 1.13 per cent of the country’s total positive cases.With the recovery of 37,687 patients in the last 24 hours, the cumulative tally of recovered patients (since the beginning of the pandemic) has increased to 3, 24, 47, 032. “Consequently, India’s recovery rate stands at 97.54 per cent,” The Health Ministry said.

“The daily Positivity rate has remained below 3 per cent for the last 14 days and below 5 per cent for 97 consecutive days now,” officials added.

Moreover, the Health Ministry informed that with the administration of 53,38,945 vaccine doses in the last 24 hours, the country’s Covid-19 vaccination coverage surpassed the cumulative figure of 74.38 crore (74,38,37,643) as per provisional reports till 7 am today.

“The testing capacity across the country continues to be expanded,” the MoHFW said, adding that the last 24 hours saw a total of 12,08,247 tests being conducted.