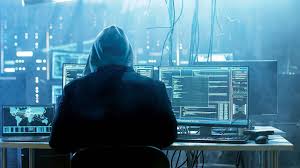 Srinagar, June 26: The Cyber police Kashmir Friday said that it has started preliminary investigation over the complaint of Power development department (PDD) that hackers have targeted its servers and other important computers especially billing data and customer records.
Superintendent of Police Cyber Cell KashmirTahir Ashraf said that the PDD department has informed the cyber police that there has been a Cyber-attack on their servers. “Accordingly we have initiated a preliminary inquiry and will investigate who is behind it,” he said.
Sources said that the PDD is not sure whether the existing data has been lost or is safe as “it is still analyzing whether data is safe.”
Confirming the major cyber-attack on its servers, Chief Engineer PDD Kashmir Aijaz Ahmed said that that there has been a cyber-attack on the PDD servers and other computers fed with the customer data and billing records.
“We have put down four major servers to prevent further loss of data. All other computers having customer data and billing records too have been shut,” the CE PDD said.
He said that hopefully the data is safe. “In Jammu, all servers are safe and data is also safe. We have informed the service providers WIPRO and their technical teams. At the same time, we have also lodged a complaint in Cyber Cell of J&K police and requested them to register an FIR.”
He said at present PDD is analyzing the damage caused to the data by the cyber-attack.