Gulmarg Golf Course Deserted By Authorities After Spending Crores In Past For Its Maintenance, Millions Worth Machinery Turned Rusty 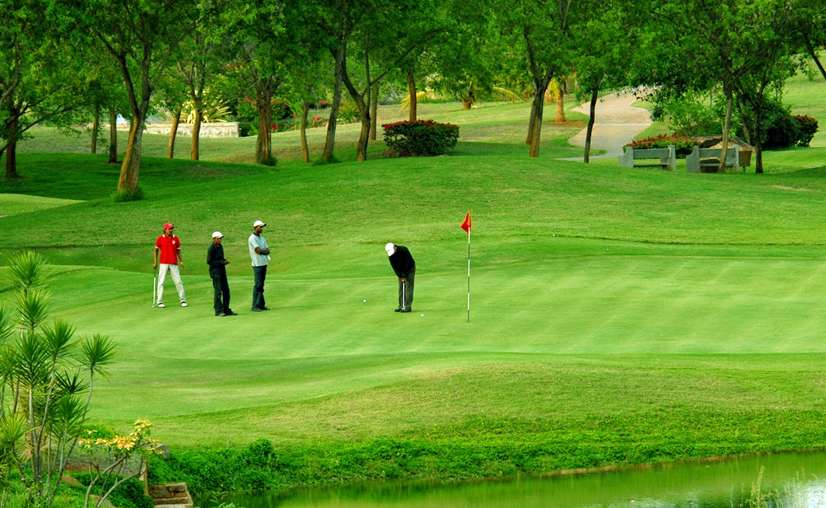 Srinagar, July 02: After spending crores for its maintenance and beautification, the world known famous ski-resort Gulmarg’s golf course has been deserted by authorities from years which left the sports loving people and visiting tourists into surprise.
According to reports, the said golf course has been ignored from developmental point of view by concern authority from last three years. The no attention given by authorities devastated the beautification of Golf course upon which crores of rupees were spent so far.
Sources said that the concern authority are issuing e-tendering every year for maintenance of Golf course but unfortunately no work has been done on ground for its upliftment.
“Gulmarg Development Authority (GDA) is issuing tenders every year for its maintenance but only money is being withdrawn from exchequer by some blue-eyed persons”, sources said.
Notably Gulmarg Golf course was first established by British in 1911. It was then 18-hole golf course which however was modified gradually by successive authorities.
Inam Sidique, Chief Executive Officer (CEO), Gulmarg Development Authority admitted that the developmental work on Golf course had been suspended since two years but I am on job to revive its beauty.
“From last two years, no maintenance work had been done. Millions of worth machinery have become rusty. I have joined six months before and I have taken cognizance of its devastation. I have employed men and machinery on it and will ensure its beauty to restore in future”, CEO said. (KNS)