Govt. to act tough against officials involved in ‘anti-national’ activities 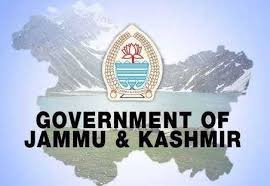 Srinagar, July 31: In a bid to rein employees found involved in ‘anti-national’ activities, Government has begun the process to act tough which could lead to their dismissal of their services.

Sources said that J&K Government has constituted a panel to scrutinize and recommend cases for dismissal of services of those employees who were involved in ‘anti-national’ activities overtly or covertly.

An order issued by the Government of J&K on Thursday night announced the constitution of a committee headed by Chief Secretary BVR Subramanyam to take stock of all such cases that would be referred to it by the police and home departments, sources said.

They added the action would be taken against ‘anti-state’ employees by invoking Sec 311 of the Constitution that is now applicable to J&K Union Territory.

The provision would be applicable to all those employees about whom there are cases of having taken part in the “anti-national” activities overtly or covertly. It will also apply to those who have served detention.

Notable in the regime of Governor Satya Pal Malik, Government employees were repeatedly warned, soon after Jama’at-e-Islami J&K (JeI) and JKLF were banned, to shun taking part in ‘anti-national’ activities.

Meanwhile one of the critical parts of the fresh order is that the employees’ cases would be dealt with by the police on the basis of their interrogation reports and the collateral evidence which will dispense with the need for any inquiry, and once the cases are examined and recommended, the General Administration Department will issue orders for their dismissal from service as also suspension. This provision will also apply to such pending cases.

There were serious complaints in the past that the employees who were taking part in “anti-national” activities during street protests, instigating people against security forces were not booked, nor FIRs allowed to be filed against them by political governments; the administration was pressed not to act against them. (KNS)