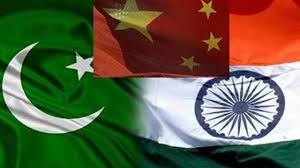 Srinagar, July 03: Member of Parliament and former Chief Minister of erstwhile state of Jammu and Kashmir Dr Farooq Abdullah Friday said that dialogue is the only way to avoid war with China and Pakistan.
In a brief chat , Dr Farooq Abdullah said dialogue is the only way to resolve tensions between India and China.
“The Prime Minister has visited Ladakh today to take an assessment of the situation. The situation between India and China has erupted tensions. But I will say dialogue is the only way to establish friendship and avoid war,” he said while replying to a query.
He added that war is neither the solution of anything nor it can resolve any matter.
“Dialogue should be taken up with China and Pakistan. Obviously, when we remain as friends (with neighbors) we prosper. I am saying India should also talk to Nepal where things are not good too,” he said.
Dr Farooq Abdullah was recently released from detention after he was booked under Public Safety Act. He has been advocating dialogue between India and Pakistan for peaceful resolution of issues.
On 11 November 2017, he said Pakistan-administered- belongs to Pakistan and the fact would not change no matter how many wars are fought over the issue.  He had also said that “independent Kashmir was not a reality.”
However, his remarks once in the past “bombard Pakistan; throw Hurriyat leaders in Jhelum” had invited him criticism by political opponents. Opposition had then said “his party doesn’t want peace and can go to any extreme to achieve power”.(KINS)