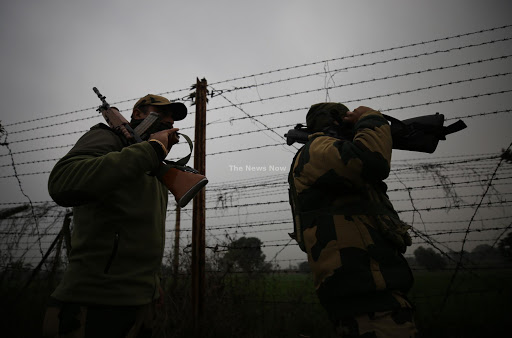 Srinagar, Feb 26: The decesion of strict observance of Ceasefire between
India and Pakistan has brought wave of happiness in Karnah valley which has witnessed intense shelling in recent times.

India and Pakistan’s militaries said on Thursday that they had agreed to stop firing along their disputed border in Kashmir, a region that has experienced frequent conflict in recent months, often resulting in the killing or maiming of people living in the area.

They residents wish that the agreement will bring peace and prosperity in the Karnah Valley.

President Civil Society Karnah said, ”It’s a great step and we welcome this agreement. People of Karnah had already suffered a lot in the past but now we are looking forward to see days of happiness. we all welcome this.”

The Youth leader and Gujjar leader Khalid Shuja Badana said, “We welcome this step taken by the governments of both the countries.We lost dozens of lives in past due to cross border firing. We hope this decesion will bring fruitful results in future. We thank both the governments for this Historic step.”

Hundreds of lives were lost in cross border firing from year 1989 to 2003. Peace returned on LoC from 2003 to 2018 after ceasefire agreements between India and Pakistan. Many crossing points were also  opened to facilitate relatives on the both sides of the LoC like Uri and Karnah.
Since 2018 situation got worse again between the two countries when the cease fire violations started again and  disrupted the life again for almost three years in the Areas of Karnah, Keran, Uri, Poonch and Rajori. (KNS)