BJP urges Police to investigate killings of its workers in Sopore 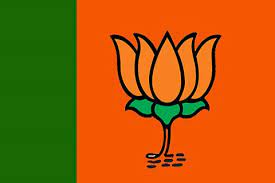 Srinagar, April 17: BJP’ Kashmir Unit on Monday urged Police to investigate the killing of its two Councilors and stated that opposition party workers were already sitting with helmets in the meeting hall which was suspicious.

Party Media In-charge and youth leader Manzoor Bhat said that opposition party workers were already in the meeting wearing  helmets and it seems the attack was pre planned to target BJP workers.

“Over the years, our party has gained popularity in Kashmir; there are many attempts by anti-national elements to target our leadership, which is unfortunate.

Police must investigate the case again so that justice will be delivered to bereaved families,” he said.

Bhat said secondly even some councilors were seen holding weapons of police officers guarding them and the photographers of the event were released by the official handle of the National Conference.

“If there was a simple floor test, why did five people come up wearing helmets? Police should investigate these loopholes. So that in future such incidents can be averted by the security agencies,” he said.