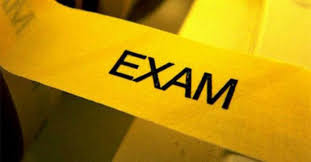 One of the officials said that a meeting was held on Monday wherein it was decided to hold offline exams of elementary and secondary standard students in Kashmir Valley.

“We held a meeting yesterday with regard to the issue and we will see what will be the feasible time to hold the exams,” the official said.  “In a meeting, it was decided that from 5th standard onwards upto 9th standard students, we will hold the offline exams.”

Meanwhile, teachers of government-run-schools said that the students have completed the syllabi as of now.

“We have started community classes for the past one week in an open field and the students at large are turning to the classes. However, most of the elementary classes have not moved beyond the 30 per cent of syllabi till now,” said one of the teachers.

“In online classes, maximum students were not having any connectivity; however after holding the community classes, it is compensating the academic losses,” he said.

The teachers also said that in order to hold the T-1 exams that comprise 60 marks, the students should have completed the syllabi of U-1 and U-2. However, only 25-30 per cent syllabus would have been covered till date.

Examination Controller of State Institute of Education (SIE) Kashmir, Dr Nazneen confirmed that the department is planning to hold the exams of 5th to 9th standard students.

“It will be an offline examination and we are preparing our district headquarters for holding the exams,” Nazneen said.

She also said that the dates for holding the exams have not been finalized, “We are preparing the material,” Nazneen added—(KNO)