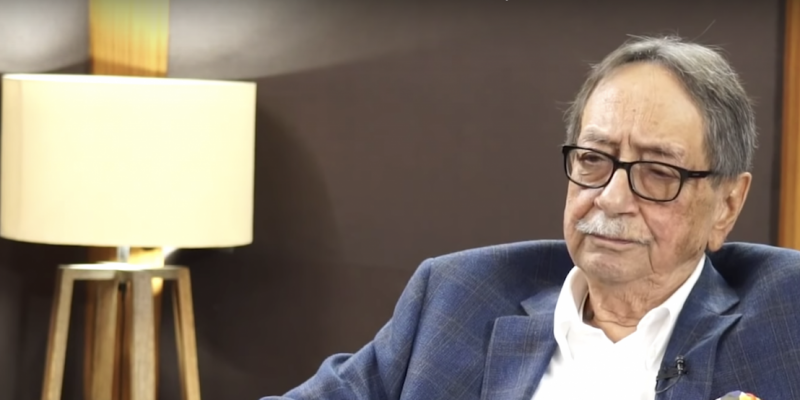 Says solution to Kashmir issue lies in what Manmohan-Musharraf had agreed to; Mirwaiz has a role, he should be allowed to play it as and when he is ready; Statehood a genuine demand of mainstream leaders; Delimitation may benefit a little to Jammu region; Security situation improving, but political process must to stop young boys from choosing wrong path

Srinagar, Jul 15: Former RAW chief A S Dulat Thursday said that Article 370 was a gone case and it won’t come back again now while he believes the solution to the Kashmir issues lies somewhere in what former president of Pakistan Pervez Musharraf and former Prime Minister of India Dr Manmohan Singh had agreed to.

In an exclusive interview with news agency—Kashmir News Observer (KNO), Dulat said that he is of the strong belief that the Article 370 issue is over. “The credit for scrapping it goes to BJP,” he said. “I personally believe that it won’t come back. Even mainstream parties like the National Conference have stated that the issue is before the Supreme Court and they will fight it there. The issue is sub-judice and let’s wait for the court verdict…..”

Stating that he was always an ardent supporter of dialogue for resolving the Kashmir issue, Dulat said that the solution to the Kashmir problem lies somewhere in what Manmohan Singh and Musharaf had agreed to. “One thing is clear: whatever is across the LoC is there and whatever is on this side is here. So softening up the border is a choice….,” he told KNO over phone from New Delhi. “Even NC chief Dr Farooq Abdullah has been stating this since long.”

Asked whether separatists have been rendered irrelevant in Kashmir, he said there is a role of the moderate Hurriyat faction led by Mirwaiz Umar Farooq. “The role of Syed Ali Geelani was squeezed by Mushraf himself in 2004. Who talked to the Centre then? Geelani may have his own role but Mirwaiz definitely has a role to play and I believe he should be allowed to play his role as and when he is ready for it,” Dulat said. On if Mirwaiz had a role, why he is under continuous house arrest since August 5, 2019, the former RAW chief evaded the query reiterating that he (Mirwaiz) should be allowed to play his part whenever he is ready.

Replying to a query about the delimitation process in J&K, Dulat said that Jammu may get a little benefit out of the process. To a query that PDP chief Mehbooba Mufti has stated that the script of the delimitation panel was already written, he said: “I hope all the apprehensions of Mehbooba turn out to be wrong….”

About the ceasefire on the LoC, Dulat said that it was a good step. “I heard peace is prevailing on borders and there is zero infiltration. This is a good thing indeed,” he said. “There is a regular meeting of DGMOs of both sides.” Asked whether there was alienation at its peak in Kashmir at present as even government employees are being sacked, the former RAW chief said that some boys are still not satisfied and are treading the wrong path. There has to be a political process to keep these youngsters away from choosing the wrong way.”

To a query whether separatist leaders serving detention since past over two years in New Delhi need to be released, he evaded the query saying, “I can’t comment on this issue…”—(KNO)