4 militant sympathizers held along with arms and ammunition in Budgam: Police 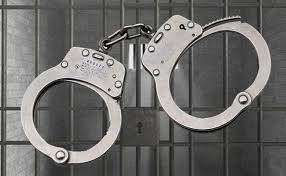 Srinagar, Oct 12: Budgam police on Monday claimed to have apprehended four suspected OGW’s along with arms and ammunition in the Chadoora area of central Kashmir’s Budgam district.

Police have also claimed to have recovered 01 pistol magazine, 8 Pistol rounds, 30 AK rounds, 2 Chinese grenades, and 01 flag of LeT from their possession.

A police official while confirming the arrest of four suspected persons said that an FIR number 180/20 U/S 18,19,20,23 ULA Act stands registered at police station Chadoora and further investigations have been set into motion. (KDC)

JK To Have Elect DDC